Located on Duy Tan Street in Da Nang, the Military Zone 5 branch of the Ho Chi Minh Museum features a replica of President Ho Chi Minh’s home in Ha Noi, with a fishpond, a house on stilts, a garden and other relics.  It’s all very realistic and feels as though Uncle Ho is still there.

Construction of the museum began on 12 September 1976 and it officially opened to the public on 19 May 1977.  Its aim is to realise the aspirations of local people, along with the officers and men of Military Zone 5, and show their love for Uncle Ho.

The museum has 4 rooms which showcase photos and artefacts about President Ho Chi Minh’s life and career.  In addition, there are numerous valuable exhibits that express the deep love for him, and his love of the people.

In particular, a photo of Uncle Ho is on display which was donated by Mrs Kiem from Ky Xuan Commune, Tam Ky City, Quang Nam.  She had hidden this photo in a bamboo tube between 1965 and 1975.  In 1975 she took it to her commune’s People’s Committee to reveal it to the public.

The Military Zone 5 Museum is located near the Ho Chi Minh Museum and was inaugurated on 7 January 1982.  It is designated a Class 2 national relic by the Vietnamese Ministry of Culture, Sport and Tourism. This museum consists of indoor and outdoor display areas.  Covering an area of 5,451m2, the outdoor displays feature aircraft, tanks, armoured cars, and large guns which were used by the French and American militaries during the last two resistance wars.  The items were all captured by the 5th Military Division soldiers.

The indoor display area covers 3,368m² and has 12 rooms.  Thousands of images and exhibits are on display, and they depict the history and victories of Military Zone 5 between 1945 and 2001.  In addition, there are many valuable artefacts which reflect the strength, creativity, and intelligence of the local people during the two resistance wars. 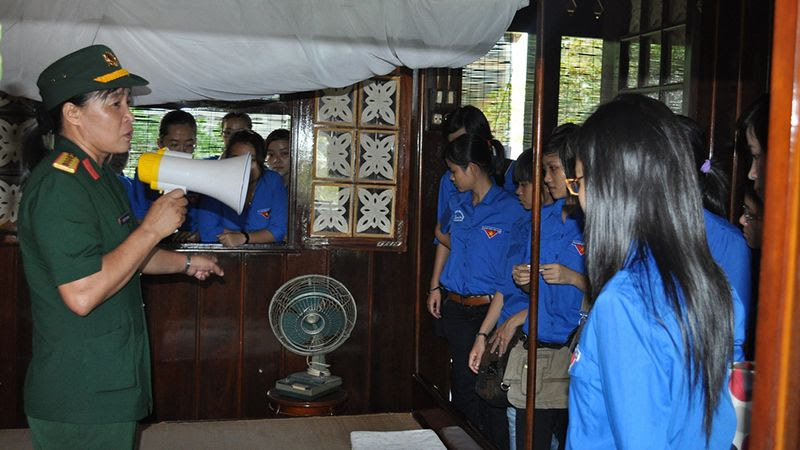